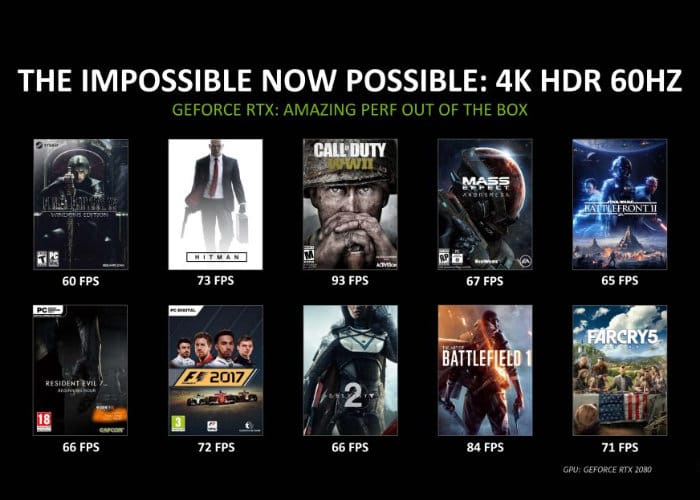 Yesterday as part of the ‘Editors Day’ at Gamescom 2018 currently underway this week, NVIDIA has revealed the first 4K benchmarks current games, free of any fancy RTX effects, which have dominated the headlines and be the main showcase of NVIDIA’s Gamescom 2018 conferences.

Putting rumours to rest and now revealing standard benchmarking numbers NVIDIA has Kindly released its own 4K benchmarks for a number of popular games including, Battlefield 1, Far Cry 5, F1 2017 and more. 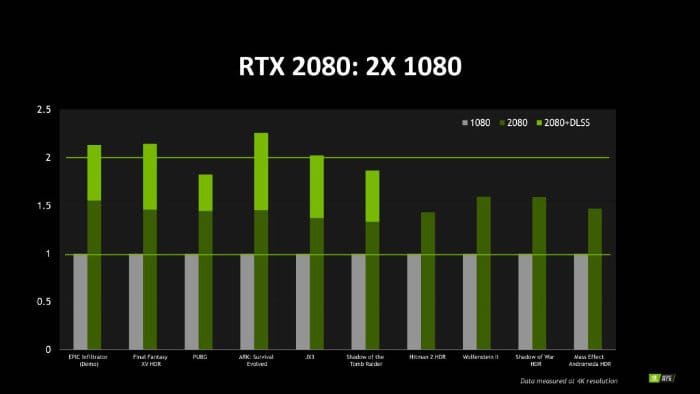 NVIDIA also provided benchmarks and performance results comparing the RTX 2080 graphics card to the GTX 1080 graphics card, revealing that in some cases the card is twice as fast and in others at least 1.5 times faster.

The results are an early indication that 4K gaming at 60 frames per second may finally be possible using a single GPU, but we will only find out as more results by independent benchmarking services are released in the near future. As always we will keep you up-to-date whenever new benchmarks are released and shared.