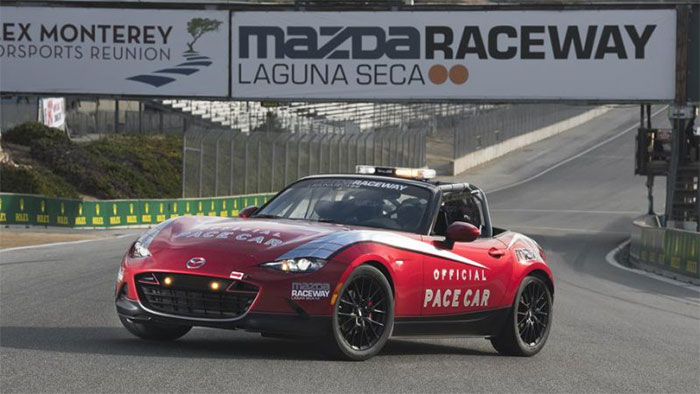 That first cup car will pull duties as the official pace car for Mazda Raceway Laguna Seca. The car being used at the track is the very first build of the MX-5 Cup fleet and it’s fitting that the car would wind up at Mazda Raceway. Mazda is still keeping the specs of the racing machine under wraps.

You can bet it has racing suspension and you can clearly see the roll car to protect the driver in the event of an accident. The car also clearly has updated racing wheels and tires. I’d wager power is nearly stock, the MX-5 Cup cars have always been known for handling above all else. Mazda Raceway also has a number of other official pace cars; obviously, the entire pace car fleet are Mazdas.