In the world of Apple gadgets there are several kinds of people. There are those like me who have an iPad and an iPhone and like them, but won’t go out of our way to pre-order. Then you have the sort that will camp out days in advance to be the first to get their hands on the new Apple gear.

A hardcore Apple fan in Dallas, Texas is already camping out to be the first to get his hands on the iPhone 4. Note where this dude is camping out and both mock and admire his dedication. He is on the sidewalk in Texas during the summer. It’s already over 100 most days with the heat index and all the humidity. 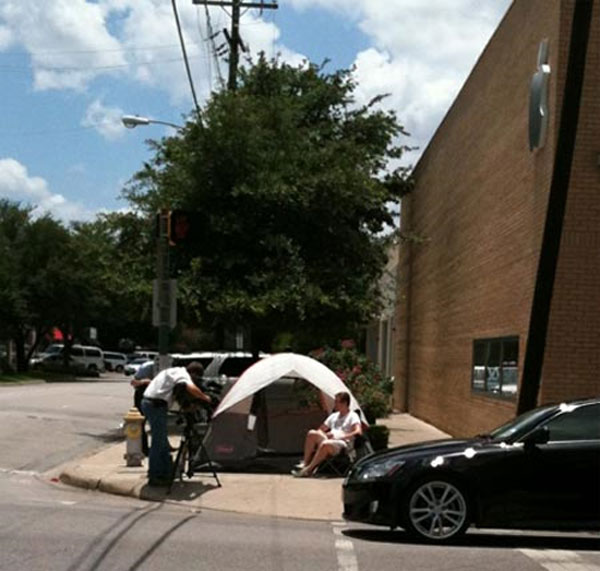 The guy says that there is a porta potty behind the Apple Store he is camped at and he has a tent and air mattress. He also has a cooler of cold drinks and food. I would be bored out of my mind, not to mention near bursting into flames with the heat.