It looks like the first ever photos Google’s latest version of Android, Ice Cream Sandwich has been leaked, and the guys over at Android Police have managed to get their hands on some photos f Ice Cream Sandwich running on a Google Nexus S.

As you can see from the photos it looks like there are a number of user interface changes, plus a number of other chnages which aren’t featured in the photos including a totally new theme for Gmail. 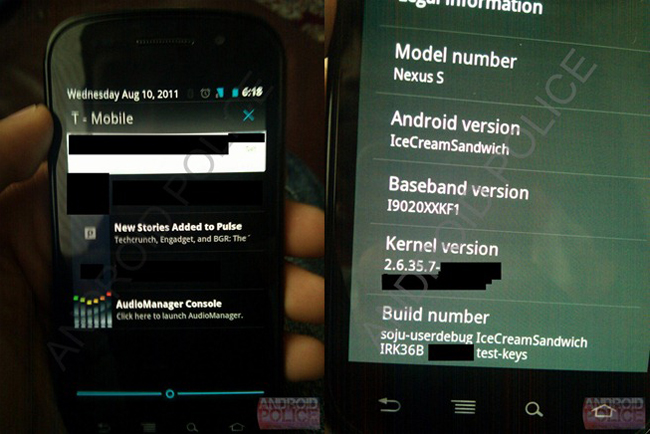 As soon as we get some more information on when Google intend to roll out Android Ice Cream Sandwich, we will let you guys know.