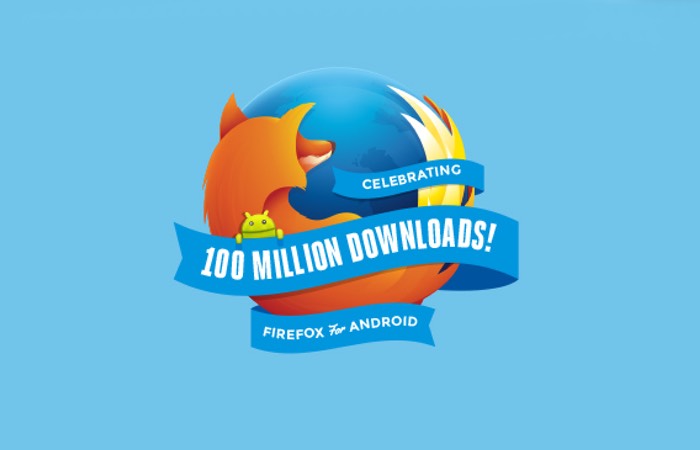 Mozilla has this week announced that their Firefox for Android mobile browser that officially launched back in March 2011 has now passed 100 million downloads.

The statistics are from the Google Play Store where the mobile browser has received 4.0+ rating consistently thanks to features such as adaptive sharing, privacy coaching and home panel add-ons.

In celebration of 100 million downloads, Mozilla have been reflecting on all of the important milestones that helped shape Firefox for Android. Mozilla explains :

“Firefox for Android is the most customizable mobile Web browser available, with plenty of features that help safeguard your privacy online and make it easier to get to and discover your favorite Web content faster.

We’ve always been focused on delivering a product that people love and supports the values of our mission to promote openness, innovation and opportunity online. By choosing to search for, download and actively use Firefox as their Android browser, our users are reinforcing Mozilla’s mission and embracing Firefox as part of their daily, mobile lives.”