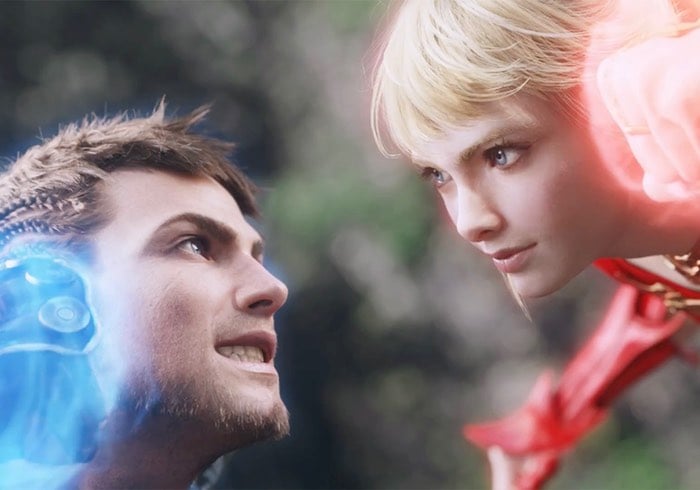 Square Enix has revealed more details about the upcoming Final Fantasy XIV Stormblood game that will launching during early summer 2017.

Square Enix unveiled a teaser trailer for the new and massive MMORPG at the Final Fantasy XIV Fan Festival in Las Vegas this week. Check out the trailer below to learn more about the new game.

Justin Massongill from SIEA explains more about the proceedings and what was unveiled during the event.

The Warrior of Light — who seems to have once again opted to change his main job — goes toe to toe with a mysterious woman in red during an intense training session. As Yoshida revealed during the presentation, this area is actually one of the new hubs that players will visit as they venture to Ala Mhigo, the backdrop for Stormblood.

As the liberation of Ala Mhigo will be taking center stage in the new storyline, it was revealed that XIIth Legion Legatus Zenos yae Galvus, ruler of the occupied Ala Mhigo, will be one of the main adversaries to be faced during your adventure. He looks pretty intense…

There was a plethora of additional gameplay updates laid out during Yoshida’s presentation. Not only will the level cap be raised from 60 to 70, but the addition of multiple new jobs was also revealed! While Yoshida didn’t make any firm declarations today, he teased attendees with more news coming at the Fan Festivals in Tokyo and Europe.

Yoshida also touched on the staples of Final Fantasy XIV that will be returning, including new dungeons, challenging high-level raids, alliance raids, as well as new gear. But one of the most well-received announcements was the increase to player inventory size, which was met with a deafening cheer.

To close the presentation, Yoshida announced that with the launch of Stormblood, support on PS3 for Final Fantasy XIV would come to a close. At the same time, a PS3 to PS4 upgrade campaign is planned, which will allow PS3 players to seamlessly join in the battle for Ala Mhigo at launch!

As more details are released for the upcoming Final Fantasy XIV Stormblood game we will keep you updated asa always.