This week FilmOn the Internet based Virtual cable service has announced that from February this year they will start shipping a FilmOn AIR device for free to all it’s yearly US based subscribers. Allowing them to enjoy the FilmOn service from their mobile devices and computers.

The FilmON AIR device is a small adapter that plugs directly in to the most popular smartphones, tablets and PCs and is compatible with Windows, Mac, Android and Apple iPhone, iPad, iPod iOS. 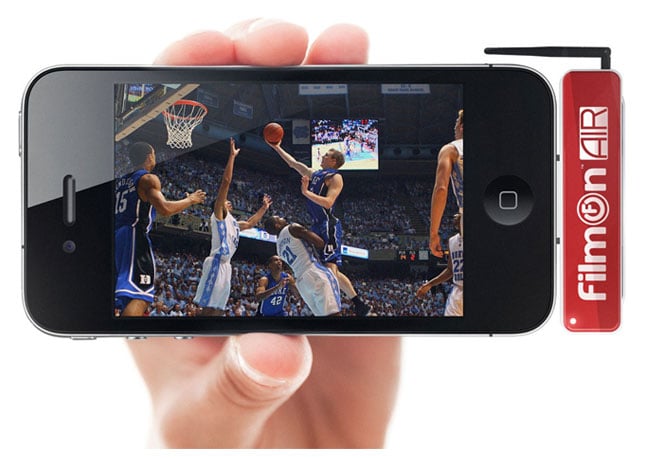 FilmOn AIR is also equipped with a built-in battery with enough juice to provide 5 hours of use, and you can also plug it in to an electrical supply through the included secondary slot. Windows and Mac Installers are also provided within the device.

“FilmOn has licensed over 120 HD online television channels and has even launched its own College Sports and Live Soccer Channels but the challenge has been in legally bringing Major Network programming to our lineup whilst respecting the Network’s traditional business models.”

FilmOn AIR, is free with every annual US based subscription to FilmOn which costs $149.95 for the basic package. FilmOn AIR retails for $95.95