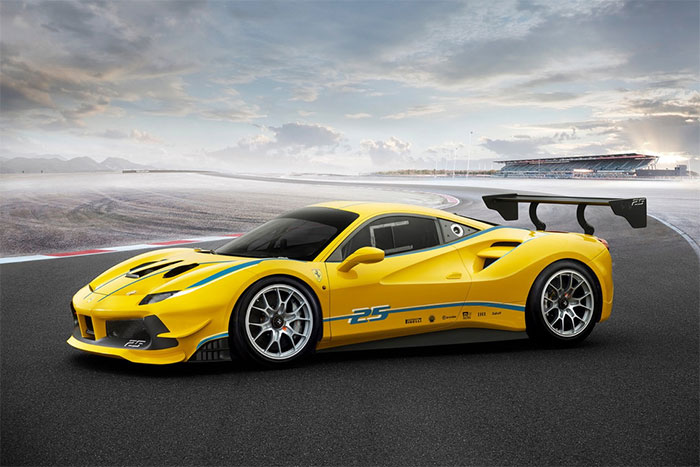 The Ferrari Challenge race series allows only one make to participate and is aimed at wealthy gentleman racers that want to feel the speed. The latest car for the series is the 488 Challenge and the car is incredible looking. It’s also the first time a turbo car has been the weapon for the series.

The 488 Challenge has a 3.9L turbo V8 under the hood and it likely makes more power than the street 488 GTB at 660hp and 570 lb-ft of torque thanks to revised tuning. Ferrari says that the car can go from a standstill to maximum RPM in fourth gear in 6.0 seconds. We have no idea how fast you would be moving in those four seconds, but it would be fast.

The 488 GTB also has a track aero package and broke the Challenge lap record at the Ferrari test track putting down a lap in 1 minute and 15.5 seconds. 2017 will be the 25th anniversary of the Ferrari Challenge amature series. The aero package on the 488 Challenge is inspired by the 488 GTE racer, a car made for pro drivers.