This stylish Feno folding notebook concept has been created by designer Niels van Hoof and incorporates a super thin OLED screen to allow it to collapse and folded into around a third of its size for transport. With the OLED screen actually wrapping its self around the keyboard.

The Feno concept also includes a small pop-out mouse on the right hand side which can be neatly stowed away when not in use, eliminating the need for a touch pad and enabling the keyboard to take up much less space. 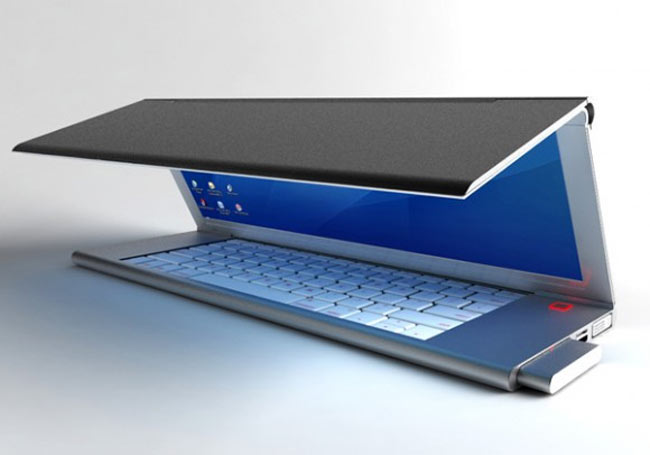 Due to the design being just a concept there are no indications whether the design will ever make the jump to production, but its definitely a design to look out for in the future when OLED become mainstream displays.