Feedly is one of the most popular RSS reading services available on the internet right now, with dedicated applications for Android and iOS operating systems. The application give users the ability to read their favorite websites and import subscriptions from any other RSS service via an OPML file.

Recently, Feedly for Android received an update, bumping it to version 18.0.4 and comes with several new features on board, including a new design for those using a Nexus 7 tablet as well as speed reading, a feature that give users the ability to quickly switch from one article to another. 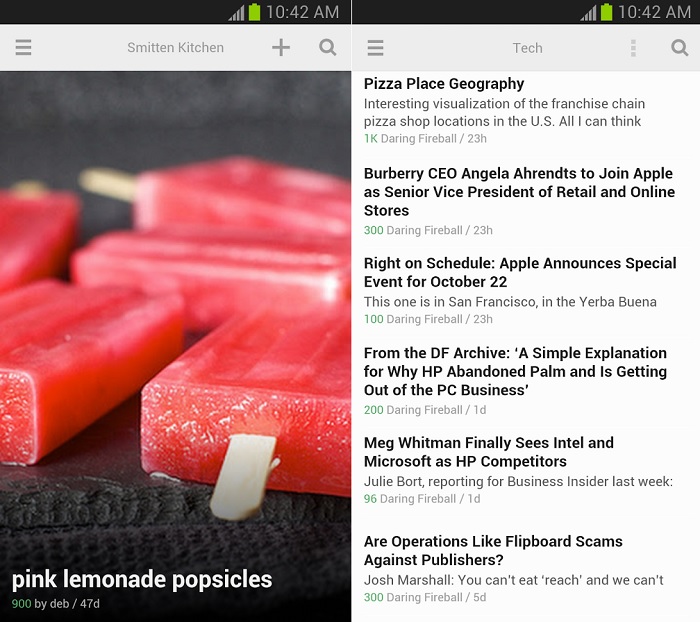 The latest update also brings many bug fixes including the crash and rendering issues with users on Android 4.1 Jelly Bean, login expiration that signs you out of the application after some time, as well as a few more. Here’s the complete list of features and bug fixes introduced in the latest Feedly for Android:

Simply head over to the Google Play Store and download the updated Feedly for Android.