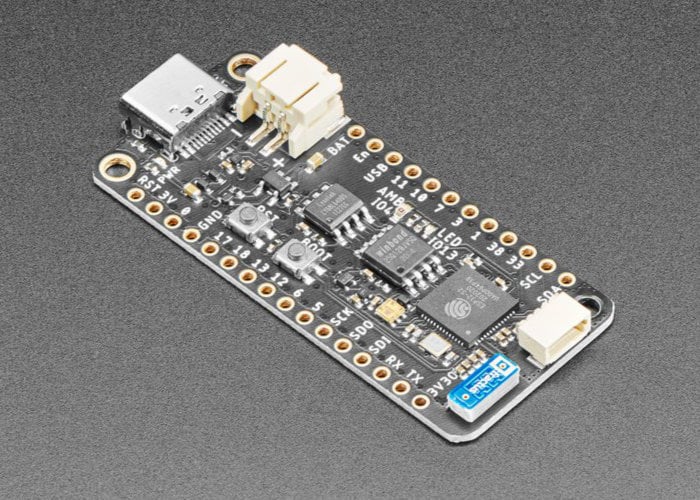 Adafruit has this week launched their new FeatherS2, a “powerhouse” of a development board, equipped with 16 MB of Flash memory for firmware and file storagen and 8 MB of QSPI-based external PSRAM providing users with massive storage buffers. Together with a 32-bit 240 MHz single-core processor and 2.4 GHz Wi-Fi – 802.11b/g/n connectivity.

“This Feather comes with two 3.3V regulators: The first one is for the general operation of the board and the ESP32-S2, RAM, and Flash. The second LDO is for you to use to connect external 3V3 modules, sensors, and peripherals, and it has programmable EN control tied to GPIO21 and it’s connected to the deep sleep capabilities of the S2, so if the S2 goes into deep sleep, the 2nd LDO is automatically shut down for you! Both regulators are ultra-low noise and have ultra-low quiescent current, and both support a maximum of 700mA output.” 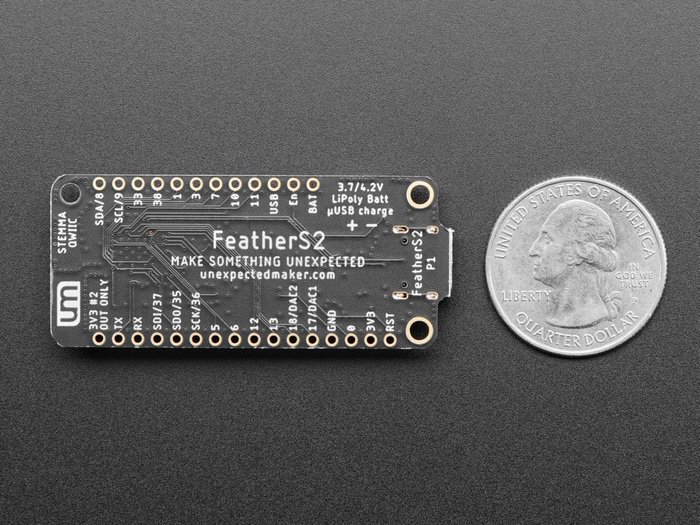 “This Feather also comes with our favorite connector – the STEMMA QT, a chainable I2C port that can be used with any of our STEMMA QT sensors and accessories. OLEDs! Inertial Measurement Units! Sensors a-plenty. All plug-and-play thanks to the innovative chainable design: SparkFun Qwiic-compatible STEMMA QT connectors for the I2C bus so you don’t even need to solder! Just plug in a compatible cable and attach it to your MCU of choice, and you’re ready to load up some software and measure some light. Use any SparkFun Qwiic boards! Seeed Grove I2C boards will also work with this adapter cable.” 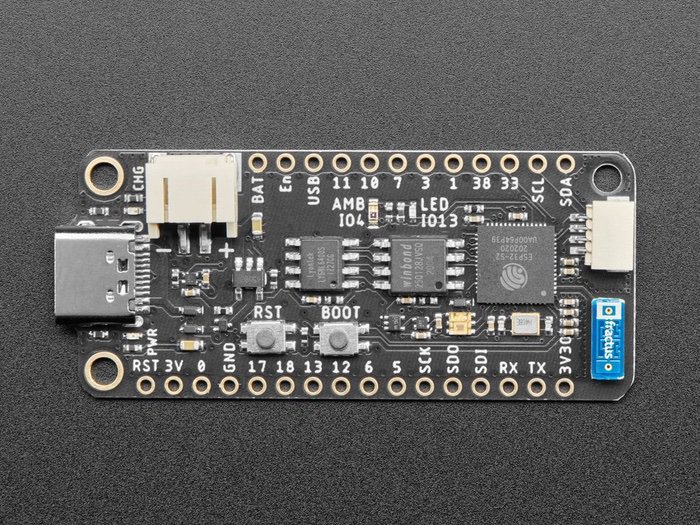 The FeatherS2 ships with the current beta version (beta 1) of CircuitPython 6.0 that supports the ESP32-S2. Just plug your FeatherS2 into your computer and it will appear in your filesystem as a USB flash drive. 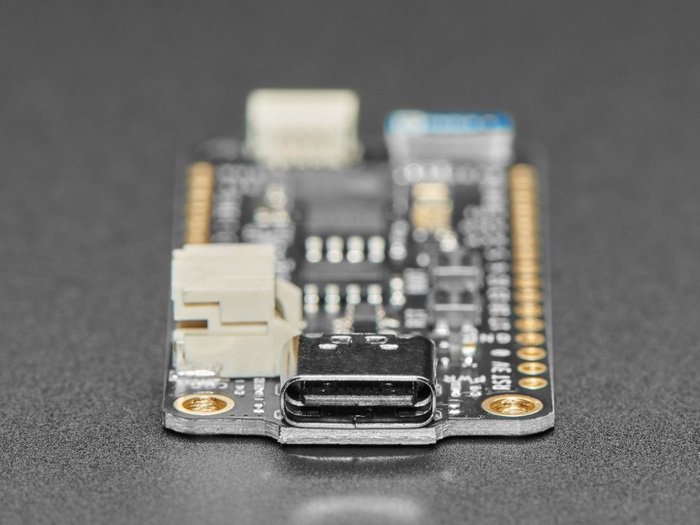