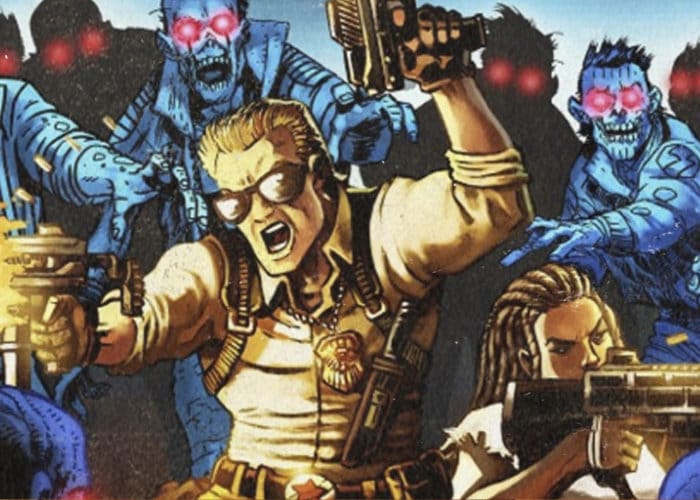 Following on from the previously released Far Cry 5 DLC content that has taken players to the battlegrounds of Vietnam and the ability to explore the red planet Mars. The third and final DLC for the Far Cry 5 will be available to play on the PlayStation 4 platform from August 28th, 2018 onwards. Unfortunately earlier this month the DLC was made available for the Xbox platform, for those who own Far Cry 5 Gold Edition or the Far Cry 5 Season.

Check out the latest teaser trailer to learn more about what you can expect from the final Far Cry 5 DLC – Dead Living Zombies. “Team up with a friend and fight your way through ravenous zombie hordes in 7 thrilling cinematic scenarios. Far Cry 5: Dead Living Zombies is available on August 28th, 2018.”

“B-movie director Guy Marvel is destined to be the next big thing – just ask him. Join him in 7 hilarious scenarios to take on hordes and hordes of the undead. Far Cry 5: Dead Living Zombies is the final of three DLC packs that will be released for Far Cry 5. This pack “will pit players against hordes of the undead in a zombie-infested wasteland. The setting of the DLC takes place in another of writer-director auteur Guy Marvel’s cinematic escapades.”