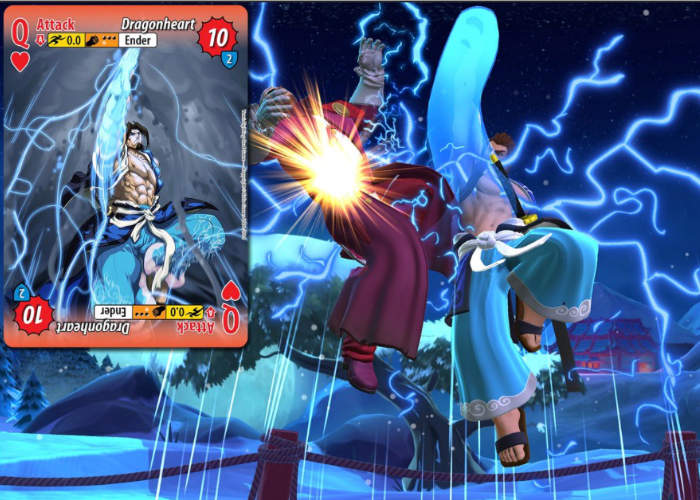 After previously being made available on Patreon the developers of the deceptively simple fighting game which is being created for anyone to enjoy and aptly named, Fantasy Strike. Have this week announced that the game will be launching on Sony’s PlayStation 4 console.

If you are making your way to this year’s PlayStation Experience taking place next month on December 3rd and 4th 2016, you’ll be able to see the progress that has been made with the PlayStation 4 version of the game. Sirlin Games the games developers explain a little more about the control system that has been incorporated into the game to make it easy for anyone to pick up and enjoy.

Fighting games have added a huge amount of complexity over the years in ways that have created more and more of a physical execution barrier. Fantasy Strike is about getting to the strategy part of the game immediately, in the first minute you play it. No complex motions for special moves and no need to practice combos in training mode.

Emphasizing player-decisions over difficult dexterity is a much deeper commitment than simply letting you do special moves easily—it’s a commitment to avoid fiddly, unintuitive, difficult-to-execute techniques throughout the game. If you don’t know what plinking, kara cancels, option selects, charge partitioning, FADCs, or crouch techs are, you don’t have to. Instead you can focus on the fundamentals of fighting games: distancing, timing, zoning, setups, reads, and strategy.

You also don’t have to worry about doing moves with 1/60th of a second accuracy, as is common in fighting games. In Fantasy Strike, anytime you try to do a move, we automatically repeat your input for 8/60ths of a second to make sure it comes out, every time. The hard part should be deciding if you want to do a move, not in getting it to happen once you’ve decided.