We have featured a number of flight simulator devices and software over the years here on Geeky Gadgets, but this homemade one by Oakland Air Traffic Control Center in Fremont and a private pilot, is definitely the best DIY version we have seen.

Using the cockpit and nose section of a 1969 Boeing 737 aircraft, James Price of Pleasanton U.S. has constructed his very own fully functional flight simulator in his garage. Watch the video after the jump to see it in action. 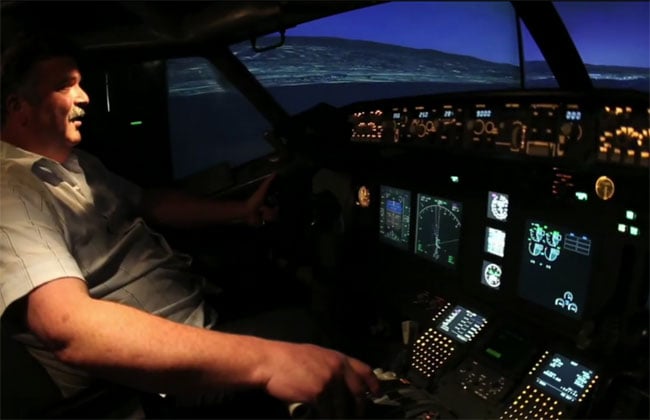 The project took over three years to complete and Price has programmed the software and rewired all the instruments to make his flight simulator feel and react just like the real thing. Price told the San Jose Mercury newspaper:

“I don’t think it will ever really be finished…I will tinker with it for years to come. There is always some new technology coming along that is too irresistible not to add to my project. … This is pretty fulfilling. I can both practice and realize my dream to fly jets. Everybody has to have their crazy hobby.”

Its been reported that the DIY flight simulator may have cost as much as $150,000 to construct, but as you can see from the video below, its worth every penny. Great job!