We have featured a number of Star Wars Death Star cakes here on Geeky Gadgets, that seem to be getting more and more complicated with every new one thats baked. This new Death Star cake created by Rachel Linhart is no exception and includes a blinking LED light which has been installed to represent the plant destroying laser used by the Death Star.

As well as the fantastic Death Star cake which took several days to bake and build, Rachel has also created extra detailing around the cake in the form of the Millennium Falcon, a Star Destroyer, TIE Starfighters and of course the Star Wars signage. 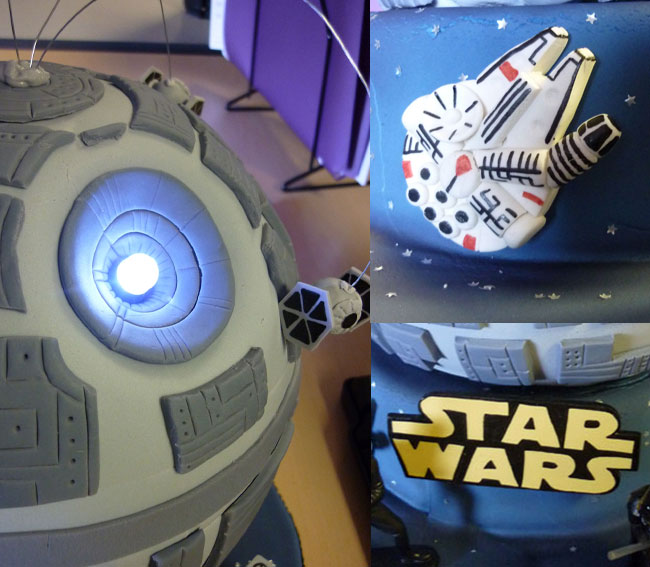 The cake was created for a child’s seventh birthday, but unfortunately after two New York City taxi rides, the cake didn’t arrive in one piece.  But lucky the children thought the cake as just as good, even after Luke and the Rebels had destroyed it.

You can view more Death Star and Star Wars cakes we have featured here on Geeky Gadgets here.