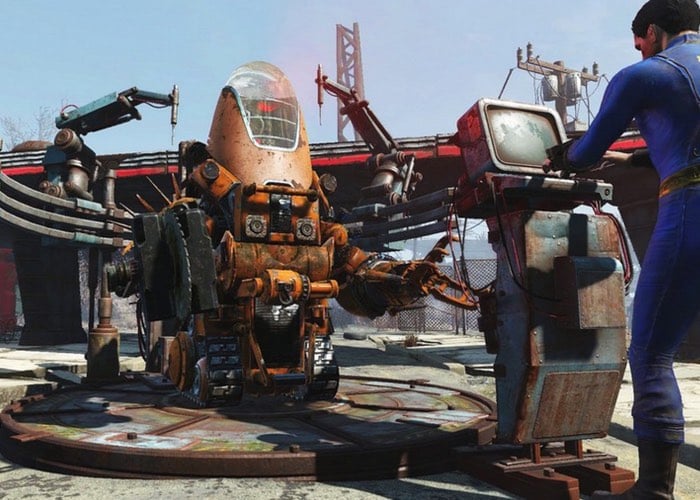 Fallout 4 players patiently waiting for the arrival of the new Automatron DLC will be pleased to know that it is now available to download and enjoy on PC and PlayStation 4 after a slight delay in adding it to the PSN network.

The new DLC is the very first add-on for the Fallout 4 game and more can be discovered about the new downloadable content in the official trailer embedded below.

Bethesda the creators of the Fallout 4 game have also announced that the Survival Mode will be entering PC beta next week and will allow players to enjoy the completely overhauled Survival mode before its full launch. Although an exact release date has not been announced as yet by Bethesda when the Survival mode will be officially launched. But as always we will keep you updated as soon as more Fallout 4 information is made available.

The mysterious Mechanist has unleashed a horde of evil robots into the Commonwealth, including the devious Robobrain. Hunt them down and harvest their parts to build and mod your own custom robot companions. Choose from hundreds of mods; mixing limbs, armor, abilities, and weapons like the all-new lightning chain gun. Even customize their paint schemes and choose their voices! For characters level 15 or higher.