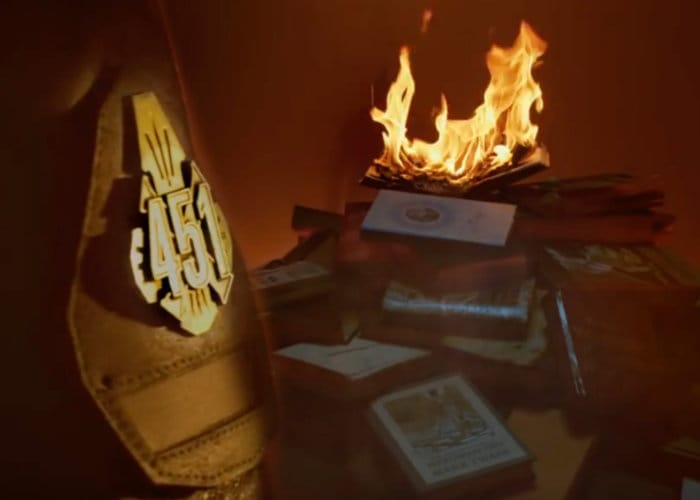 HBO has this week released a new teaser trailer for its upcoming new movie Fahrenheit 451 which will debut during the spring 2018 months and is a modern film adaptation of Ray Bradbury’s classic novel Fahrenheit 451. The HBO Fahrenheit 451 movie has been under production for the last year and tells the story of a dystopian future during which books have been outlawed and “firemen” are tasked with burning them to suppress the ideas within.

When protagonist and firefighter Guy Montag played by Michael B. Jordan, meets a free-thinking neighbour, Clarisse McClellan, he begins to question the lifestyle he has chosen and its meaning. Check out the teaser trailer below released by HBO for a quick glimpse at what you can expect from the new movie.

Fahrenheit 451 also stars Michael Shannon as Captain Beatty, Montag’s superior at the fire department and is being directed by Ramin Bahrani who recently explained that the film’s plot strays from the source material, it remains true to the original theme during a recent interview with the Hollywood Reporter. As soon as more extended trailers are made available by HBO, as well as a confirmed release date we will keep you up to date as always.