Yesterday we told you that Facebook had decided to share your address and phone number with third party developers, if you clicked on a dialog box and agreed to it.

The problem with what Facebook had planned is that the dialog box looked exactly like the one for sharing your basic information with thirds party apps, which could have lead to people sharing information by mistake, but now it looks like Facebook has changed its mind. 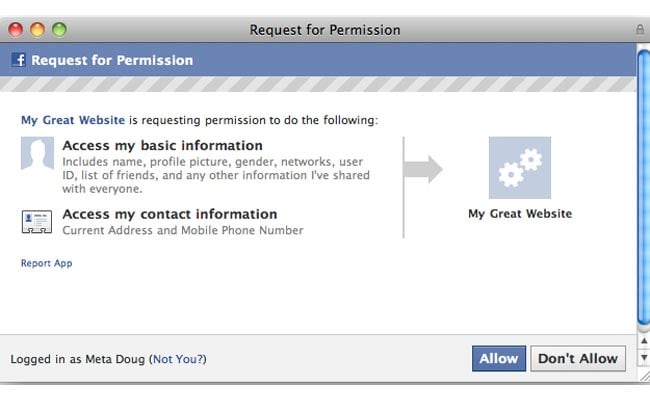 Over the weekend, we got some useful feedback that we could make people more clearly aware of when they are granting access to this data. We agree, and we are making changes to help ensure you only share this information when you intend to do so. We’ll be working to launch these updates as soon as possible, and will be temporarily disabling this feature until those changes are ready. We look forward to re-enabling this improved feature in the next few weeks.

So basically Facebook has put the third party data sharing on hold, until they can make it more clear to their users what data is being shared with third party developers.

This is good news for Facebook users and this will hopefully make sure that people dont actually share their data with third party developers by mistake.