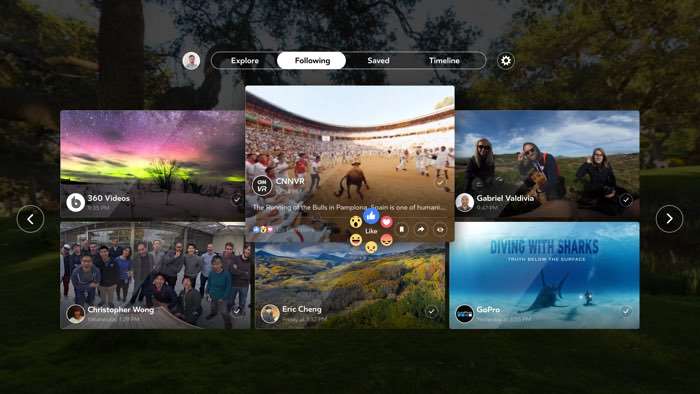 Facebook has announced the launch of Facebook 360 for the Samsung Gear VR, the app will show 360 degree photos and videos on your Gear VR.

The new Facebook 360 app will only be available for the Samsung Gear VR and it is available to download from the Oculus store.

Ever since 360 photos and videos came to Facebook, people around the world have embraced these new formats. 360 can take you into the action with your favorite sports teams, bring you behind the scenes at awards shows, transport you to beautiful places around the world, and put you at the center of breaking news moments like never before.

You can find out more details about the new Facebook 360 app for the Samsung Gear VR over at Facebook at the link below.