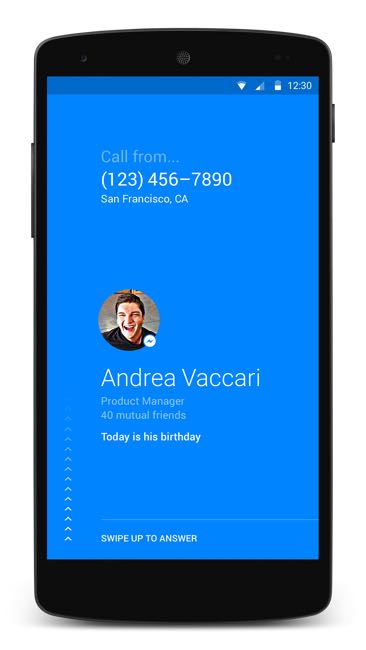 Facebook has announced that it is launching another new mobile app called Facebook Hello, which is basically a caller ID app that lets you block unwanted calls.

The app will show you who is calling you even if you don’t have that number saved on your handset, it will show details from Facebook that people have shared with you.

Billions of calls are made everyday on mobile phones and people often have very little information about who’s calling them. Today we are starting to test Hello, a new app built by the Messenger team. Hello connects with Facebook so you can see who’s calling, block unwanted calls and search for people and places.

Hello makes it easy to block unwanted calls. From your settings, you can block specific numbers and adjust whether you want to automatically blocks calls from commonly blocked numbers. Blocked calls go straight to voicemail and can be reviewed in your recent calls.

You can find out more details about Facebook Hello over at Facebook at the link below, the app is available in Android from the Google Play Store.