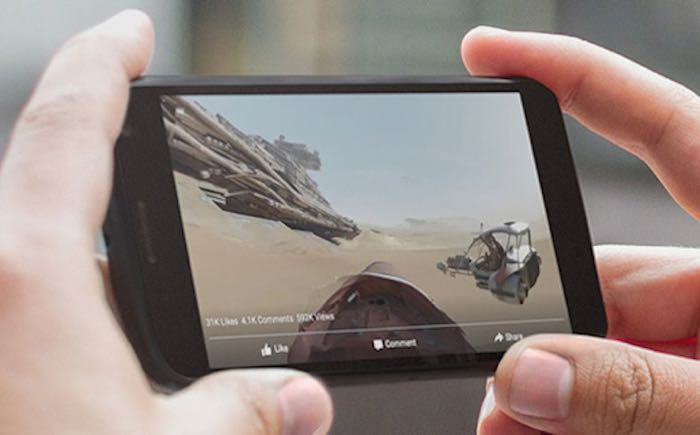 Facebook has launched its new 360 video feature which brings 360 degree videos to the social network and the first video that has been released is from the new Star Wars the Force Unleashed movie.

As well as the new Star Wars video there are also 360 degree videos from Discovery, GoPro, Saturday Night Live and more.

To create 360 videos, a special set of cameras is used to record all 360 degrees of a scene simultaneously. This means that when the video is playing on Facebook, you can choose what angle you want to see it from. On the web you can do this by dragging around the video with your cursor, and on mobile devices you do it by dragging with your finger — or even just by turning your device. You’ll be able to hold up your phone and the 360 video will follow you as you turn, looking around, to experience things from all over the world like never before.

You can find out more details about the new Facebook 360 videos over at their website at the link below.