Facebook for Windows Phone received an update that brings several new features to the app including the usual bug fixes, support for more languages and much more. The application is compatible with Windows Phone 8 and Windows Phone 7.5, and can be downloaded from the Windows Phone store here. 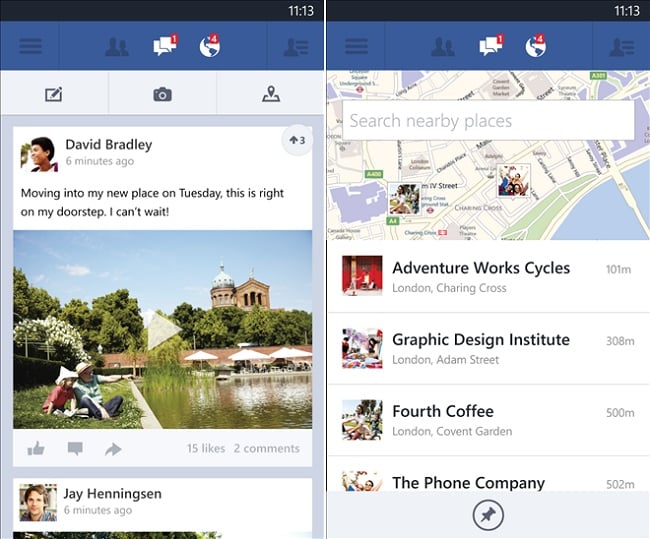 In addition, you can now unlike content and unfriend people on Facebook from your mobile device. This is one of those features which should have been there since the start, but let’s just be happy that it’s here. Finally, the update also brings inline tagging, which allows users to mention or tag their friends on Facebook updates and comments.

The application can be downloaded from Windows Phone Store.