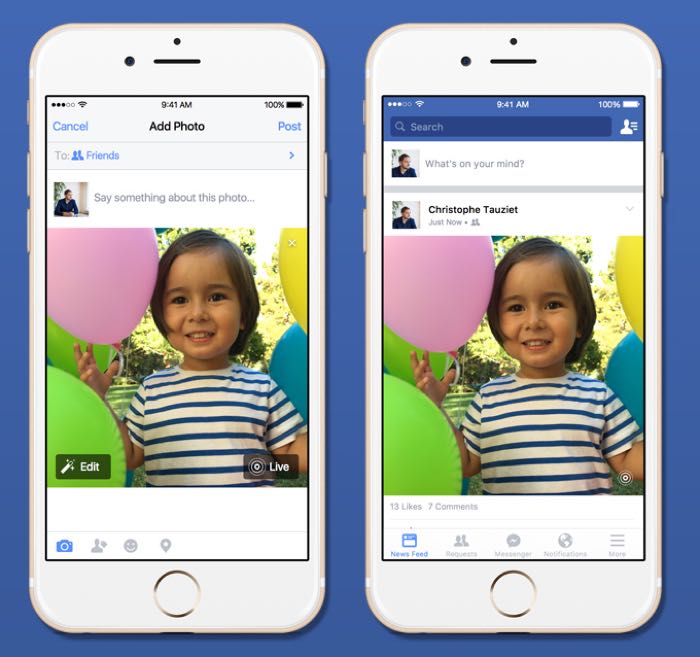 Apple added Live Photos with the launch of the iPhone 6S and 6S Plus smartphones earlier this year and now Facebook is adding support for the feature in their iOS app.

According to a report by TechCrunch, Facebook for iOS is starting to roll out the feature for some users of the app.

The Live Photos can be uploaded via the Facebook app in the same way as normal photos, although there is an extra step. When you upload the photo a Live box appears and you tap this to upload the Live Photo.

The feature will only be available on the Facebook app for iOS on the iPhone 6S and 6S Plus, there are no details on when Facebook will roll it out to all owners of these handsets.