Chris Hughes Co-founder of Facebook who left back in 2007 has now launched his own much talked about social network site Jumo.

Jumo has been created to allow users to find, follow and support social causes that are near and dear to them and currently Jumo already has 3,5000 organisations listed. 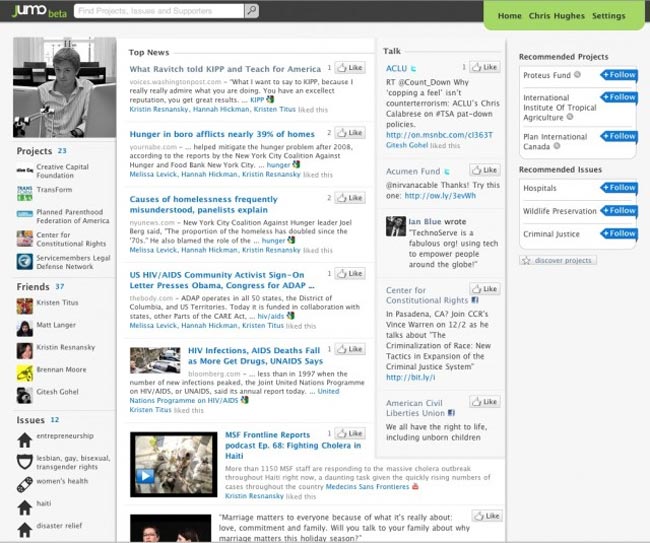 Founded in February 2010, Jumo has set out to address three key challenges with its website:

1.There are millions of people working to improve the lives of others, many of whom lack the resources to have greatest impact.

2.There are millions more who want to help, but don’t know how.

3.Despite huge advancements in connection technologies, it’s hard to find meaningful opportunities to get involved.

Jumo’s aim is to enable people to support those working toward solutions on the ground in their community and in regions worldwide.