Today Facebook has closed the doors on its Facebook Lite website. The Lite version of the Facebook site was a cut down version for users with slower internet connections, but due to the all the recent changes a number of users preferred to use the Lite version. 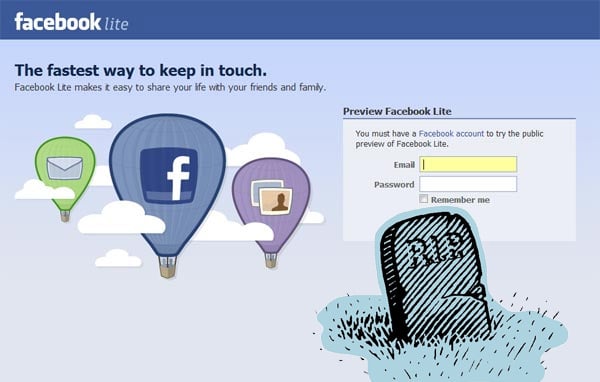 Facebook  has not given any reason as to why they have shut the site after only 7 months but analysts think it maybe to stop the main Facebook site becoming diluted. Especially as the Lite version left out all the advertising and revenue streams.

Facebook did thank everyone that had used the site but a few users are still a little disappointed in the closure.

“I have been quite disappointed with recent updates to the site, including this one, I used Facebook Lite all the time because I have really slow internet.”