As Mark Zuckerberg explained in Facebook’s earnings call a few week ago, the social network giant has now started rolling out updates to its Facebook Camera app.

The first update for Facebook’s Camera App 1.1 brings with it album support, the new feature which was most requested by users in feedback of the Facebook Camera App. 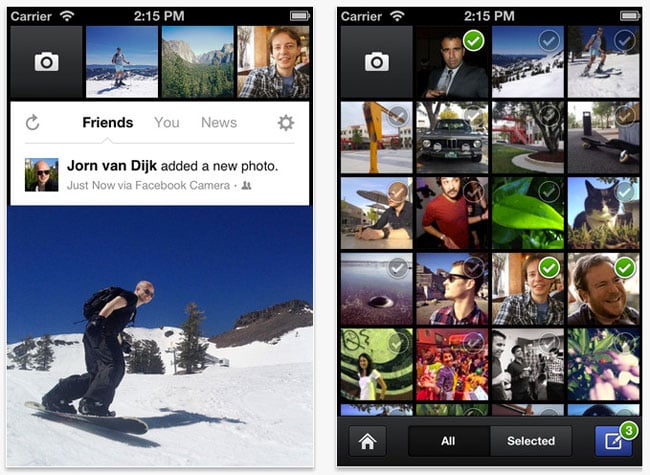 “We want people to tell stories in littler clumps,”-“It’s more natural and it’s more suited for mobile. But Albums has been part of the Facebook Photos product for years and users love them and there’s plenty of valid use cases for it. The Album [support] illustrates that we’re constantly listening to user feedback.”

Other new features include notifications for tags, likes and comments, together with additional language support added for 10+ languages including French, German, Japanese, Italian, Chinese, and Spanish. The latest Facebook Camera App is now available to download from the iTunes App Store for free.