Facebook already seems to be digging in its heals to try and stop a migration of its users to the new Google+ social service launched by Google last week. By blocking a neat Chrome extension that allowed Facebook users to export their friends from Facebook to Google.

The “Facebook Friend Exporter” Chrome browser extension created by Mohamed Mansour allowed Facebook you to extract emails of those people you are linked to within Facebook. The creator of the extension spotted that Facebook had begun to remove friends’ email addresses from users’ profiles in an attempt to stop any export and transfer to another social network. 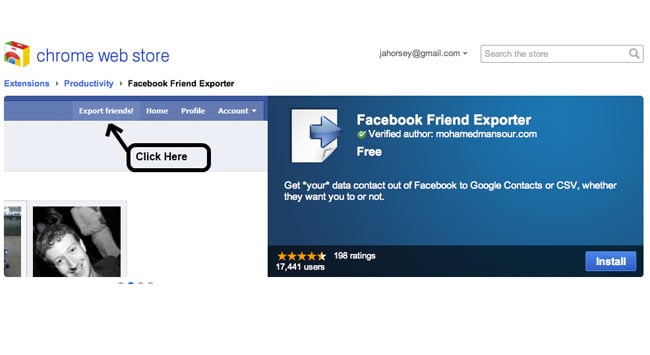 “Facebook is trying so hard to not allow you to export your friends” he announced, “they started to remove emails of your friends from your profile by today July 5th 2011. It will no longer work for many people.”

But don’t worry Mansour hasn’t given up yet and is currently developing a new version the of the Chrome Facebook Friend Exporter extension which should be available very soon.