TechCrunch are reporting that the special event being held by Facebook on Monday the 15th of November is related to the rumored Project Titan, which would see the world’s largest social network launching a new email service which would rival Google’s Gmail.

According to TechCrunch, the new Facebook email service would give users the ability to have their own @facebook.com email address, just as users do with Gmail. 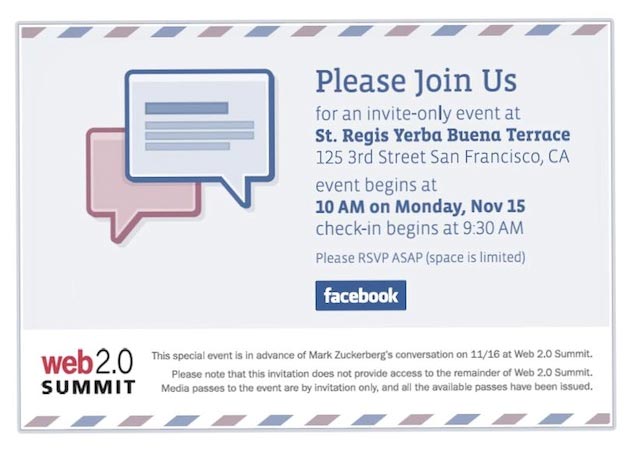 If Facebook were to launch an email service for their 500 million users, this could be the first free email service released which could possibly take on Google’s Gmail.

500 million  users is a lot of customers to launch a new product too, and we could quickly see a Facebook email service become one of the most popular free email services available.