Eye-Fi has revealed a new WiFi memory card, which comes with support for b/g/n WiFi, the Eye-Fi Pro X2.

The Eye-Fi Pro X2 comes with 8GB of storage, and features Class 6 memory card performance for faster read and write speeds, plus faster photo and video uploads as well as an increased WiFi range. 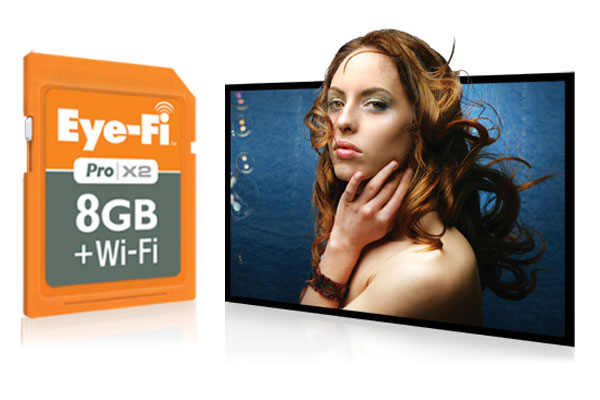 With the introduction of our first wireless memory card, we made backing up and sharing photos effortless. Now, we’re again redefining what is possible with a leap forward in technology, performance and user experience,” said Jef Holove, CEO of Eye-Fi. “The new X2 engine delivers further on the promise of a connected device – more convenience and virtually endless storage capacity, so there is no cap on the memories that can be captured.

The Eye-Fi Pro X2 8GB Memory Card can wirelessly upload JPEG and RAW images an videos from your camera direct to your computer and also up to 25 online photo and video sharing websites.

It also comes with an Endless Memory feature, which you can turn on and off, this feature automatically deletes the oldest saved images on the card and replaces it with a new one.