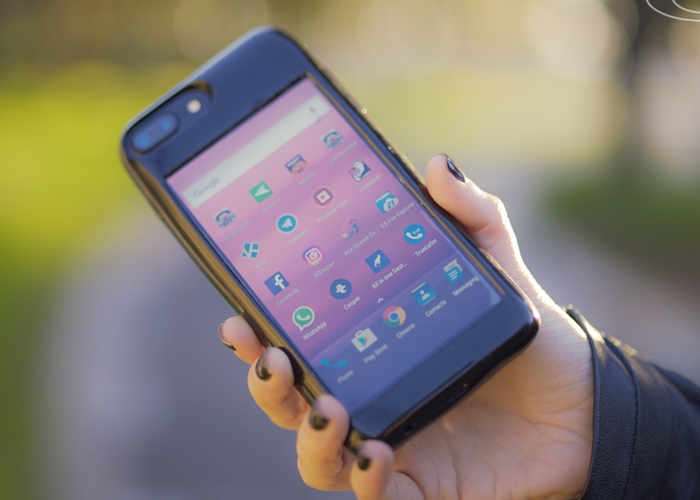 If you use both iOS and Android smartphones but would prefer one device which combines the two, you may be interested in a new smartphone case called the Eye which basically adds an android smartphone to the rear review iOS device.

Watch the demonstration video below to learn more about the Eye iPhone case which has been created by ESTI based in Israel. Adding a 5″ AMOLED 1920×1080 resolution Android powered screen to the rear of iPhone 6 and iPhone 7 phones.

Features of the Eye smartphone case include :

• Wirelessly charging the iPhone via the Qi tag beneath the Android screen
• NFC
• microSD card slot for up to 256 GB
• Dual SIM card inside the Eye case, separate from the iPhone’s SIM (for a total of 3)
• 5-inch AMOLED screen
• Always on display (Android)
• Additional 2,800 mAh battery
• 3.5 mm headphone jack

For more information on this interesting project jump over to the Indiegogo crowdfunding website via the link below.