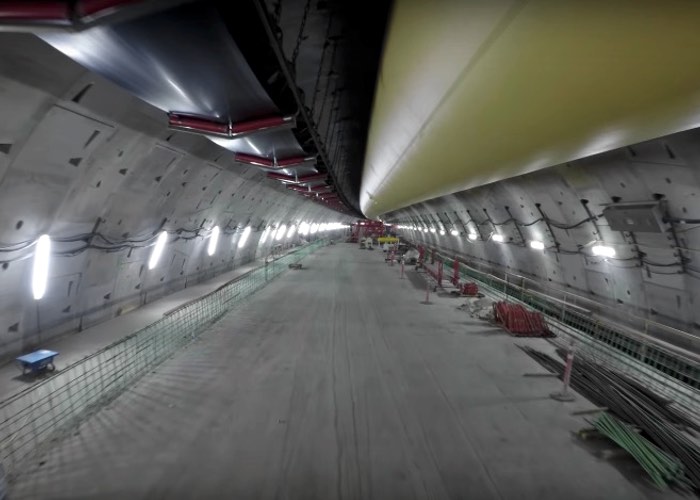 If you are interested in learning more about the Seattle subterranean highway, you might be interested in this new video which has been captured by a drone that has flown through the SR 99 tunnel by the Washington State Department of Transportation.

The construction of the tunnel is on a massive scale and the quick four minute video provides a great overview of just what is capable of being constructed in this day and age.

The drone used to record the footage was a quadcopter made by 3DR, check out the awesome video below which includes subtitle pointers to help you understand exactly what you’re seeing.

Just a few days before the SR 99 tunneling machine started tunneling under the Alaskan Way Viaduct, the Washington State Department of Transportation flew a video-equipped drone through the SR 99 tunnel to show Seattle Tunnel Partners’ construction progress. On an average day, the tunnel is bustling with construction. To avoid disrupting crews, this video was recorded in between regular work shifts.