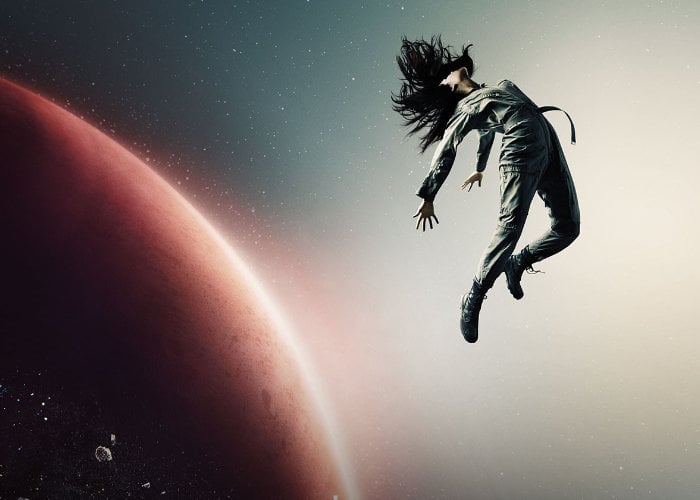 The Expanse the science fiction television series developed by Mark Fergus and Hawk Ostby, based on The Expanse novels by James S. A. Corey will see its fourth season premiere later this year on December 13th, 2019. The Expanse has been praised visuals, character development and political narrative. Winning a Hugo Award for Best Dramatic Presentation and three Saturn Award nominations for Best Science Fiction Television Series. Check out the teaser trailer for The Expanse season 4 below.

“Hundreds of years in the future, in a colonised Solar System, police detective Josephus Miller (Thomas Jane), born on Ceres in the asteroid belt, is sent to find a missing young woman, Juliette “Julie” Andromeda Mao (Florence Faivre). James Holden (Steven Strait), Executive Officer of the ice hauler Canterbury, is involved in a tragic incident that threatens to destabilise the uneasy peace between Earth, Mars and the Belt. On Earth, Chrisjen Avasarala (Shohreh Aghdashloo), a United Nations executive, works to prevent war between Earth and Mars by any means necessary. Soon, the three find out that the missing woman and the ice hauler’s fate are part of a conspiracy that threatens humanity.”

The first three seasons of The Expanse are now available to watch online streaming services such as Amazon Prime.