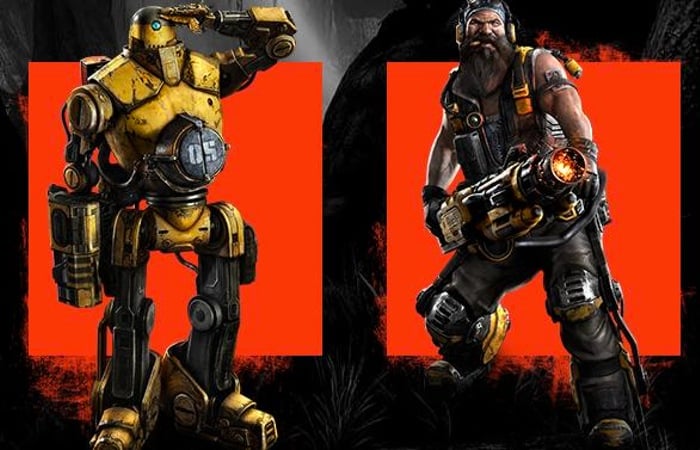 If like me you are eager for the launch of the new Evolve game that is currently in development by Turtle Rock in preparation to be released by 2K Games, and which won “Game of Show” at the recent E3 2014 Game Critics Awards.

You might be interested in these new Evolve player character models that have been made available by 2K for you to print on a 3D printer if you have access to one. Watch the video after the jump to learn more.

But don’t worry if you cant access a 3D printer as you can submit and purchase fully-printed models of your own at places such as Sculpteo, Shapeways and Thingiverse.

Evolve will be launching on October 21st, 2014 and will be available to play on both Sony’s PlayStation 4 and Microsoft’s Xbox One next-generation consoles as well as PC systems. Christoph Hartmann, president of 2k Games explains :

“Evolve continues to solidify its position as one of the most anticipated games of the year,”-“The accolades for Evolve highlight the excitement and desire for new IP on next-gen systems, and we are poised to deliver what we believe will be the defining next-gen experience of 2014”

The new Evolve player character models can be downloaded at the official Evolve website.