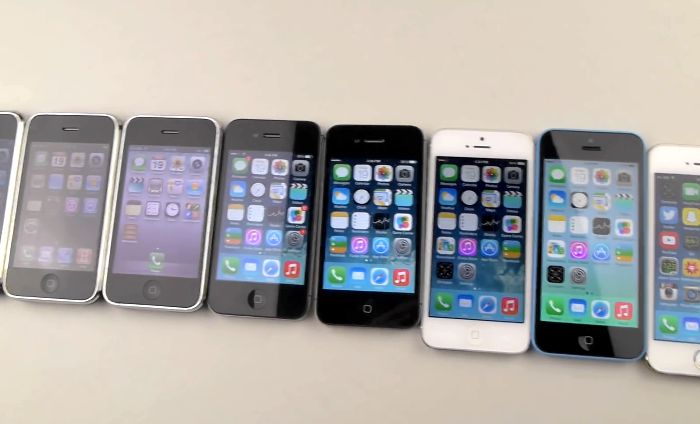 We have seen a number of drop test videos of the new iPhone 6 and iPhone 6 Plus, but now we have a new video, which shows every model of the iPhone that Apple has produced being drop tested.

As you can see from the video, all of the handsets perform in a similar way in the drop test, with the iPhone 3GS being the only handsets display that did not break in the face down drop test.

The first iPhone, the iPhone 2G was launched back in 2007, and seven years later, Apple and other smartphone manufacturers have not managed to come up with a way to make sure your handset survives when it is dropped.

We wonder if there will be any difference when Apple decides to use sapphire glass on their iPhone handsets in the future, the company is investing heavily in sapphire glass, although the first device to launch with a spaphire display will be the new Apple Watch.