Fans of MMO games that are looking for something a little different from the norm might be interested to learn that over the weekend’s Sony announced they are developing two new games based on their EverQuest world.

The newly announced games are called EverQuest Next and EverQuest Next Landmark both of which will be free to play and have been designed to offer MMO fans an entirely new and distinct gameplay model to refresh the ageing stereotypical MMO gameplay style of levelling and grinding. 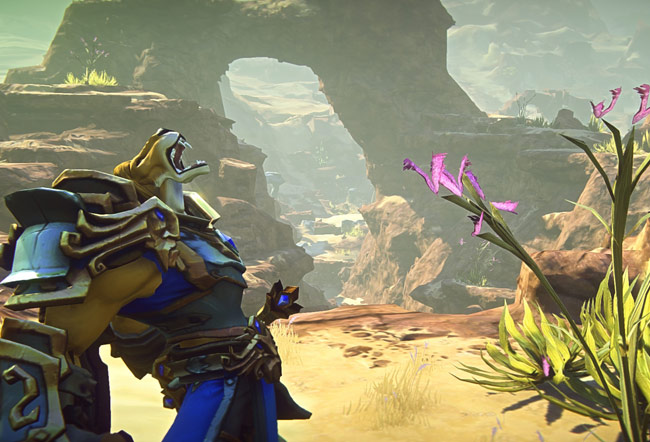 “We’ve rebooted our own game,”-“About a year and a half ago, we changed the team out, we tore it down, and we rebuilt it from the bedrock up. We were really serious about it. We wanted to figure out what was fun, what wasn’t fun. There’s a lot of stuff people don’t like about MMOs, and we didn’t want to rebuild that again because ‘that’s an MMO’ and there were all these Holy Grails we wanted to put into a game but never had the courage or resources to make those kinds of changes. But since we’re doing something brand new, we wanted to start from scratch and try to build something that’s very, very different from regular MMOs.”

“We’re changing the core game,”-“For 35 years we’ve all been playing Dungeons & Dragons. It’s the same game every time. You get a class, you kill stuff, you unlock your tech tree. That’s boiling it down to its essence, but that basically is what it is. What we wanted to do was come up with a new experience for players, something that would be more fun.” The result is a system that lets you begin with one of about seven basic starter class like warrior, wizard or rogue, each with a handful of abilities.

As players go out into the world to explore, they will find opportunities to gain new classes—more than 40 in all—each with their own abilities. They can spend XP on the classes and then switch between classes when out of combat. Players can also mix and match class abilities to create hybrid, custom classes. Examples given: a backstabbing wizard or a teleporting wizard, each cooked up from mixing a wizard with a rogue.”