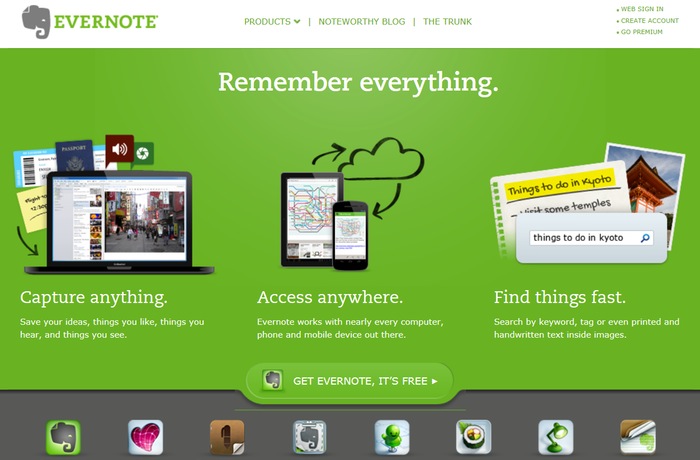 During this week’s Evernote conference the team behind the cloud archiving and note taking service has unveiled a wealth of new features, enhancements and tweaks that it has made to its Evernote service for users to enjoy.

New features include Work Chat a collaborative workspace which has been designed for your entire workday, allowing users to easily discuss work from any mobile device or desktop computer.

As well as the ability to share notes and notebooks exchange ideas and receive feedback from colleagues. Evernote has also unveiled Context a new service that has been designed to help you work by automatically researching other information and content from different sources that may help build a clearer picture of what you are looking for, says Evernote.

The Evernote Workspace feature has been designed to be a single place designed around 4 central actions that include write, collect, find and present. Evernote explains a little more :

“Office productivity is stuck in a world that’s almost as old as personal computing. When we started using these tools, it was so jarring that familiar metaphors—files, documents, and slides—were needed to ease us into the system. In the years since, the physical objects have faded from view, but their digital look-a-likes have stuck around. They may have moved from desktop computers to the cloud, but they haven’t really changed in the process.

The trouble with these digital versions is that you get out exactly what you put in to them. Nothing more. Maybe less. Also, each of the tools are entirely disconnected from one another. Your brilliant document transforms into a set of dumbed-down, frustrating bullet points in a slide show. It’s not constructive.”