Evernote has today released a new update for their iOS Penultimate iPad application which brings with it a number of new enhancements for users to enjoy including an improved pens menu, Jot Script support and the ability to flip through pages with ease.

Evernote has completely re-designed the pen selection menu, enabling users to now set a colour for each pen width. Allowing you to quickly switch between pens without having to choose a colour again. 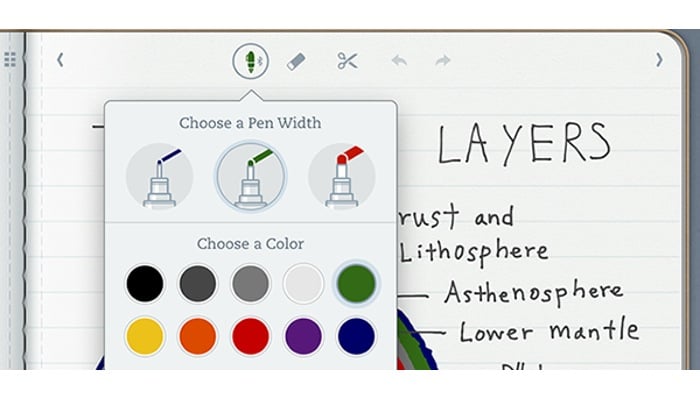 Support for the recently launched Jot Script stylus has now been designed to work seamlessly with the iPad Penultimate iOS application, and with the new pen selection menu makes connecting your stylus much simpler.

For more information on the new Evernote iOS Penultimate iPad application update jump over to the Evernote Blog website for details.