This week Evernote has released a new update for its Evernote iOS app which brings with it a number of new tweaks and enhancements, including a new way to view your Evernote entries.

Evernote have added a new Snippets feature to their Evernote iPad app, that includes a new note list mode that makes it easier to quickly scan your notes and view any month with a handy date scrubber positioned along the right edge. 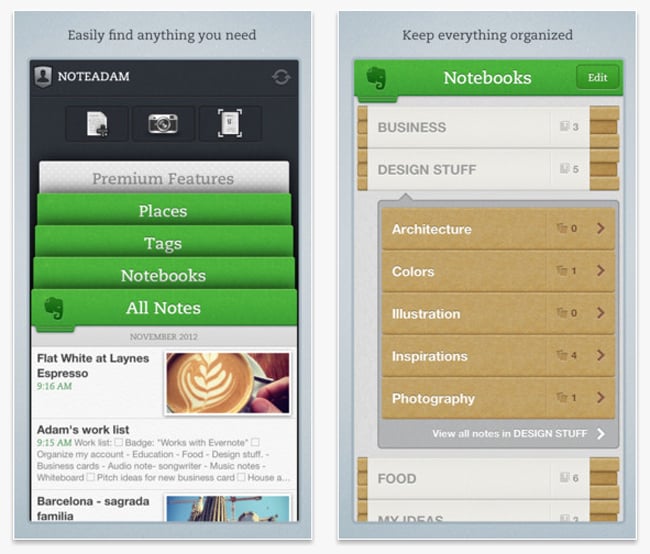 Within the new Evernote update the existing PDF viewer has been completely redesigned by its developers to provide users with a PDF viewer that makes reading PDFs much easier and more enjoyable.

The new PDF viewer within Evernote now allows you to jump to any page in the PDF by simply tapping on the thumbnail page images along the bottom of the PDF or the grid icon positioned in the top left corner.

Evernote Business can now also download any or all of their Business Notebooks to their device, allowing the notes to load instantly even without a network connection.

For more information on the new Evernote iOS app updates, jump over to the Evernote press release website for full details.