Last month, Evernote updated their beta app for Android users, and started testing some decent features, including the support for handwritten notes. Well, that was only available to users in the beta community.

Worry no more as Evernote has released an update for its Android app that brings support for handwriting within the app along with several other improvements on board. 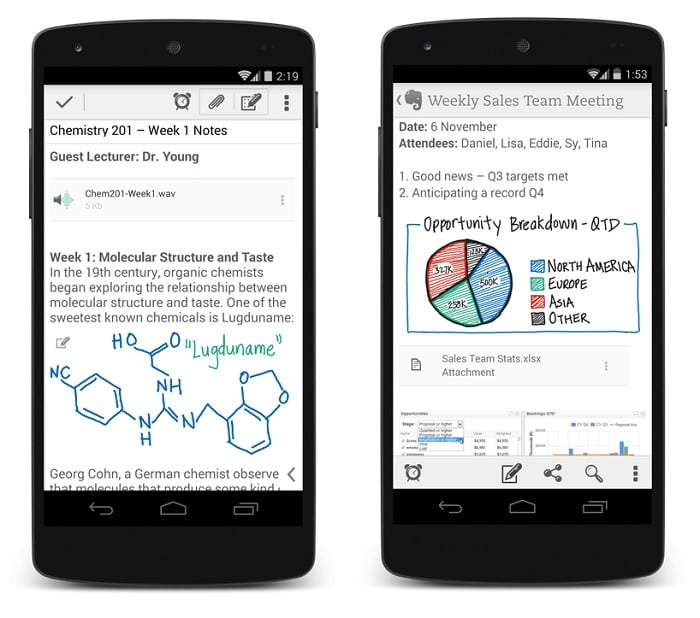 The handwriting feature is pretty impressive, and allows users to type the notes, and start writing notes all along, and switch back to the typing when you’re done. To begin with handwriting, all you need to do is tap on the paper clip icon in the note, and start writing using your fingers. Users can add an attachment, record some audio, and drop an image, all in a single note.

Along with the usual bug fixes, the latest Evernote for Android update brings improved note editor and a faster camera features as well. Previously, users experienced a lag with the camera, but the recent update eliminates this, and makes sure its smooth.

As far as the improved note editor is concerned, here’s what the folks at Evernote had to say, “We enhanced the note editor to better handle notes that you create on other platforms. There’s also a new highlighting option to let you add emphasis to your notes. You can also duplicate notes and create note links to easily jump from one note to another.”

If you’re a regular Evernote for Android user, head over to the Google Play Store and download the app.