EVE Online and PS3 first-person-shooter fans might be pleased to learn that the new Dust 514 PlayStation 3 servers which are a spin-off from the EVE game, will be merging with the EVE Online MMO server today. Enabling both EVE and Dust 514 players to interact with each other for the first time.

Once the server merge has been successfully completed Dust 514 players will be able to chat with EVE veterans and join corporations, combining to create in-game battles influencing the EVE Online world in real time. 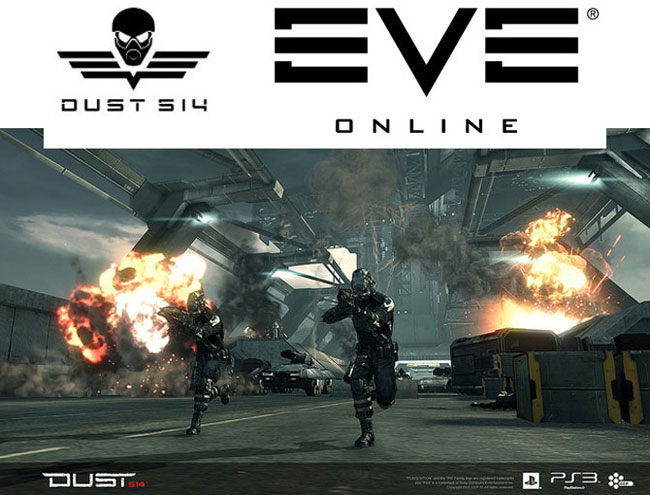 To be more involved in the fights EVE players have the ability to purchase orbital strike weapons they can use in Dust 514 fights. Developers CCP explain:

“This is a massive technical and game design endeavour and so the overlap in gameplay is intentionally contained for now. It is of course very important that we do not upset the serious business of internet spaceships,” – “So, for this first release, any ISK transfer between EVE and DUST characters will be blocked. This will then be replaced by a taxable transfer mechanism with the intention of easing the currency control to 0% and removing it entirely once we are happy the economies have reached an equilibrium.”

Dust 514 is a PlayStation 3 exclusive game and is currently in a closed beta testing development stage. and will move into an open beta development stage later this year, as more information comes to light we will keep you updated.