A new devices has been unveiled which has been created to combine both traditional board games with digital elements to make traditional gaming more interactive. The device pictured below is not a tablet or touchscreen, but uses gaming figures. Which is recognises and interacts with.

The ePawn Arena has been designed for Dungeons and Dragons style games and in the demo experienced by DVICE, figurines placed on the Arena can interact with each other. Watch the unique ePawn Arena in action after the break. 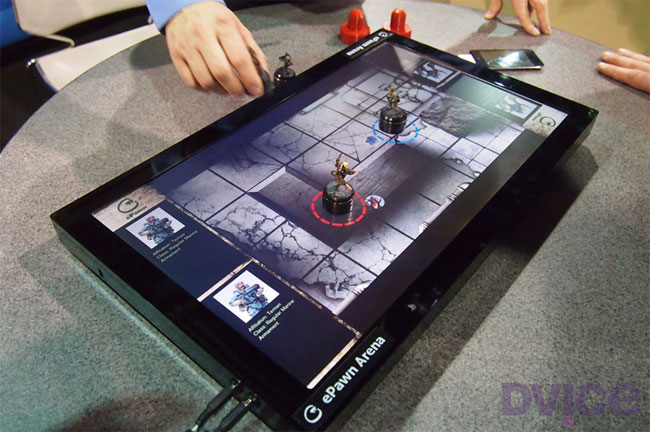 Whilst playing one figurines are able to attack one another with weapons and magic spells, and if a map is programmed with “walls” the attacking figurine’s spells will be blocked and no effects will be shown.

ePawn hopes to arrive in stores later this year and will be priced at around $400 for a 26 inch gaming board.