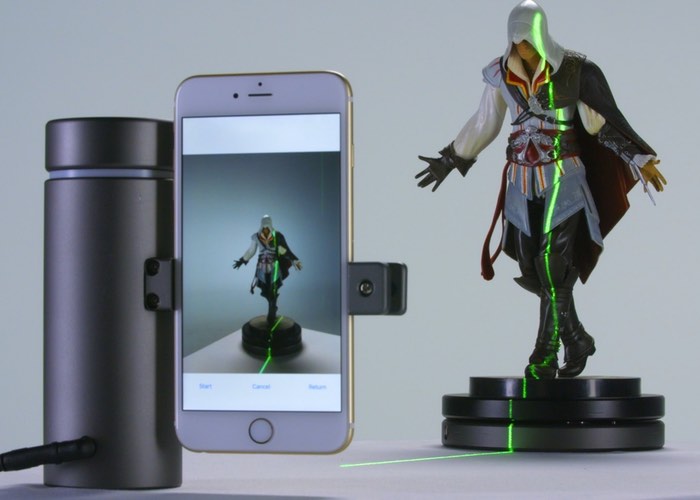 If you have been following the Kickstarter campaign of the very unique eora 3D precision 3D smartphone scanning system you will already know that the development team has already raised over $570,000 with still six days remaining the campaign.

Watch the video below to learn more about the new smartphone 3D scanning application and hardware that is capable of providing an affordable precise scanning system that can create files which can be then used in digital applications from real-life objects.

Not long ago, we needed a 3D scanner that was both affordable AND highly-precise, but we were tired of waiting on others to build one, so we built one ourselves. We’ve made the world’s first high-precision 3D scanner that is entirely powered by a modern smartphone. It lets you capture everyday physical objects and surfaces and turns them into high-quality 3D models, all on your phone, making it extremely affordable.

With under 7 days to go, things are busier than ever here at eora 3D. We have sent early surveys to BETA backers to get an understanding of the smartphones that you guys intend to use, this allows us to test against the most popular phones and develop a comprehensive testing plan. We will be sending surveys to everyone else soon.

Jump over to the Kickstarter crowdfunding website to make a pledge from $255 to secure one of the very first off the production line when they start shipping during June 2016.