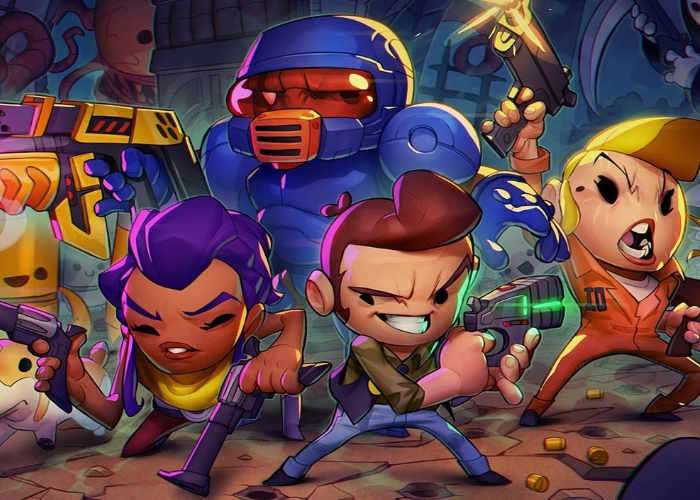 Devolver Digital has this week announced the availability of their new gunfight dungeon crawler game, Enter The Gungeon which is now available via the Xbox Play Anywhere: yours to play on both Xbox One and Windows 10 PC at no additional cost.

Enter the Gungeon follows a band of misfits seeking to shoot, loot, dodge roll and table-flip their way to personal absolution by reaching the legendary Gungeon’s ultimate treasure: the gun that can kill the past.

• Supports Xbox Play Anywhere: yours to play on both Xbox One and Windows 10 PC at no additional cost.
• The Gungeon: A constantly evolving bullet hell fortress that elegantly blends meticulously hand-designed rooms within a procedurally-generated labyrinth.
• The Gundead: Calm your nerves and steady your aim as you face down dozens of unique gun-totting followers of the Cult of the Gundead.
• The Gungeoneers: Choose between one of several unlikely heroes, each burdened by a deep regret and in search of a way to change their past, no matter the cost.
• The Guns: Discover and unlock scores of uniquely fantastic weapons to annihilate all that oppose you in the Gungeon – each carrying their own unique tactics and ammunition.