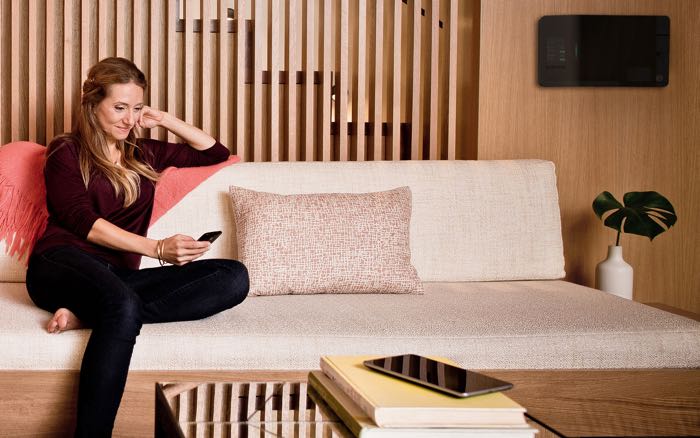 Wireless charging is nothing new, a number of devices come with the technology, although the majority of them require you to place you device close to or on the charger, now a new system can charge your gadgets from up to 15 feet away, it is called the Energous WattUp.

The Energous WattUp wireless charging system was shown off at CES last week, it works with a combination of Bluetooth an RF and the transmitter looks like a normal WiFi router.

The company behind this new wireless charging technology explains how the system works below.

A Radio Frequency (RF) system, similar to a Wi-Fi system, delivers safe wire-free charging energy at a distance of up to 5m (15ft) from a transmitter to a receiver device, such as a mobile phone, and maintains charging while the receiver is in motion.  12 receiver devices can be managed by the system simultaneously.

It certainly sounds very interesting, and this could become a popular way to wirelessly recharge your gadgets, and if the system works well, then it could end up replacing current wireless charging technology.

It would appear that the Energeous WattUp system was a hit at last weeks Consumer Electonics Show, as the company has announced that it recived five awards at the event, including two ‘Best of CES 2015’ awards.