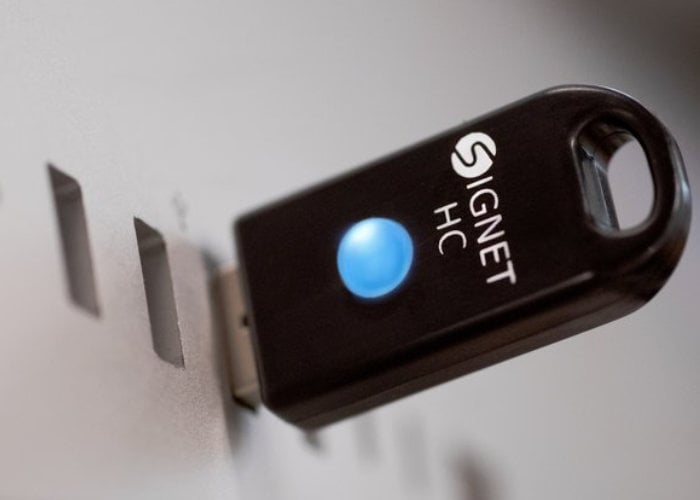 If you are looking to increase the security of your logins and documents you may be interested in the Signet High-capacity created by Nth Dimension. The encrypted USB flash drive offers an all in one two factor authentication token and password manager and builds upon the company’s first product Signet. 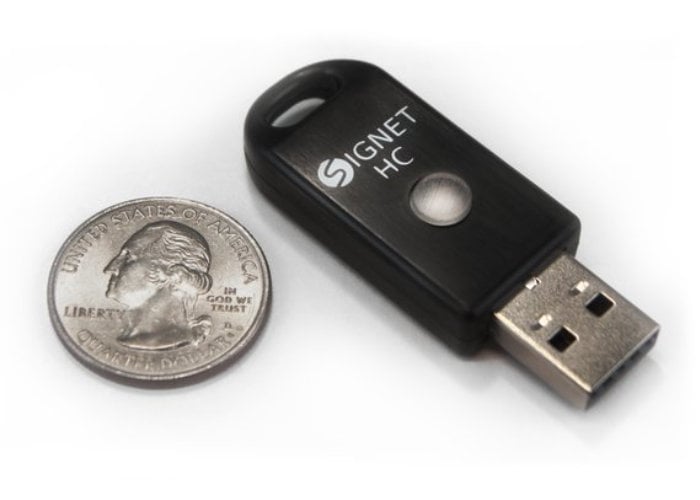 The Signet HC has been built with open-hardware and free and open source software providing a portable solution for a variety of data security issues. “Signet HC’s encrypted data is password protected and can be unlocked through its cross-platform client application (available on Windows, MacOS, GNU/Linux, and Android). For convenience, the client software is stored on the device in a read-only partition allowing you to use it without downloading software.”

Features of the Signet HC include :

– Read-only volumes: Once populated, these volumes are read-only when the device is locked but write access can be enabled after the device has been unlocked. When we ship Signet HC we will include a read-only volume with the client software stored on it.
– Encrypted volumes: An encrypted volume is stored in an encrypted format (AES-128 or AES-256 with cypher block chaining) on the eMMC that is not visible to your operating system until the device is unlocked.
– One-time-use volumes: Flash drives are often used to transfer files from one computer to another. This often results in the drives accumulating an assortment of files from past transfers and risks exposing sensitive data if the drive is later shared. Signet HC’s one-time-use volumes are automatically securely erased after being used for a computer-to-computer data transfer – removing clutter on the drive and protecting your data’s confidentiality.
– Physically-secured volumes: A physically secured volume is visible to the client but not the operating system. You can request that specific files or folders be made available to your computer’s operating system. Each request requires confirmation by pressing your Signet’s button.
– Unencrypted volumes: Although our focus is on security, we think it is important to allow use of the device as an ordinary flash drive when data security and confidentiality are not critical.

The Signet HC is now available to purchase priced from $80 with worldwide shipping available and free shipping throughout the United States.