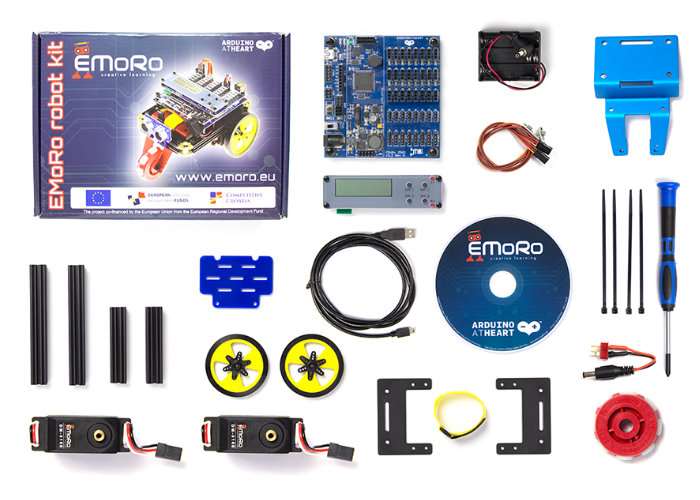 A new Arduino robot kit has been made available from the official Arduino online store in the form of EMoRo, which provides a basic robotic construction kit priced at €136.90.

The EMoRo Arduino robotic kit consists of a robust aluminium chassis, and is compatible with a wide range of components from common construction kits such as LEGO Technic, Eitech and Fischertechnik to name few. 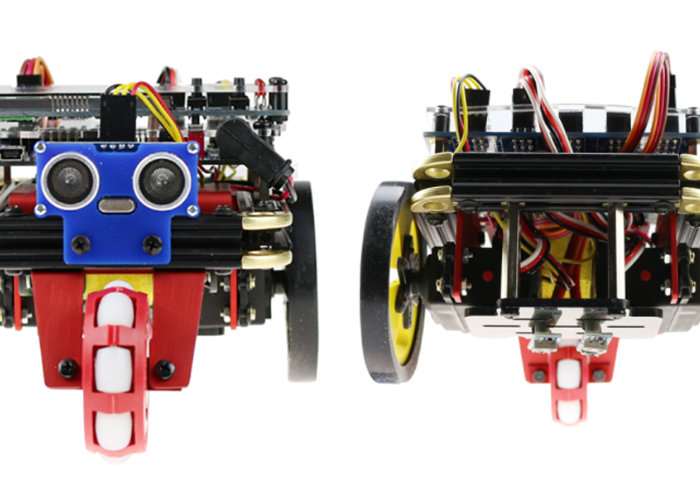 The creators of EMoRo explains more :

At the heart of the EMoRo is the EMoRo 2560 controller, the first Arduino compatible board with CE certification. With more than 40 different ports the EMoRo 2560 is incredibly flexible, allowing the easy connection of components like servo motors, sensors, relays, displays and many others without using solder or tools. Built in safety features include stepdown regulators, thermal shutdowns, under-voltage lockouts and cycle-by-cycle over-current protections. All this make the EMoRo 2560 rugged enough for the first steps of the beginner, whilst still being flexible enough for advanced users.

EMoRo originated as a result of our vision to create a tool that would introduce the world of robotics to children and spark their interest in technology and programming. With that vision in mind, we have decided to use the programming platform Arduino, as the world’s most used and popular programming platform when it comes to programming small educational robots.

For more information on the new EMoRo Arduino robot kit jump over to the official Arduino website for details by following the link below.If you are interested in building Arduino projects these may provide inspiration for your next project.