Ematic has a new and very affordable seven-inch capacitive screen Android tablet called the eGlide Steal. The little tablet runs the Android 4.0 operating system and will cost only $119. For the price, the machine is a good deal, but it’s not going to break any benchmark records. 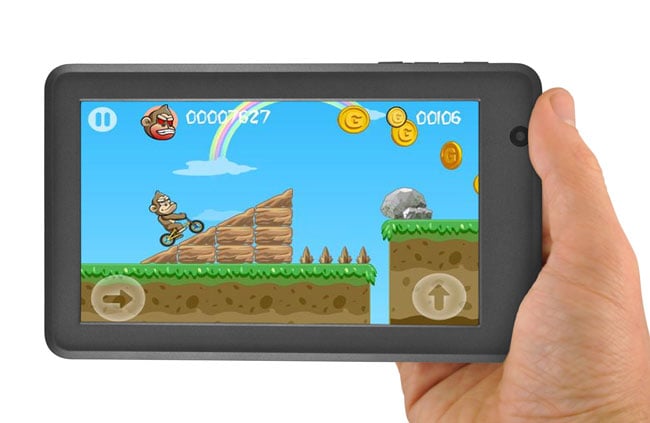 The tablet runs a 1 GHz processor and has a dedicated GPU with 1 GB of RAM. It also has an integrated three-axis gyroscope along with an accelerometer for motion sensing. Connectivity is via Wi-Fi and device supports the playback of up to 1080p HD video on external displays.

It has a front facing camera and integrated video recorder. Internal storage is 4 GB and a microSD slot is available for expansion. The tablet will be offered online from several retail locations including Walmart.