Elon Musk is very busy man between his electric vehicle company Tesla and SpaceX, his private space exploration company. Despite having exceptionally full plate Musk took the time to offer a few details on his proposed Hyperloop transport system that could link Los Angeles and San Francisco. 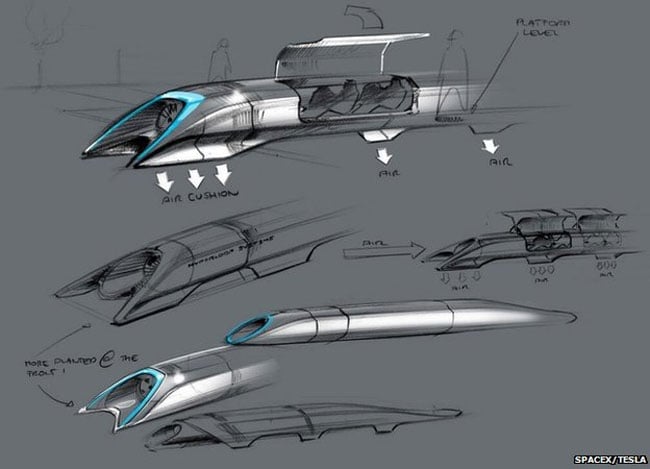 The transportation system is something like a cross between a high-speed train and an airplane. The system would use a passenger train like device able to carry people, vehicles, and cargo. Musk says a trip between San Francisco and LA aboard the Hyperloop would take only 30 min. He also notes that he doesn’t have the time to develop the project himself and believes it will take about $6 billion to get the system up and running.

Musk believes tickets aboard the Hyperloop would be about $20 each and the trip would be made at 760 mph. He says capsules could depart every 30 seconds carrying people and cargo 380 miles between the two California cities.