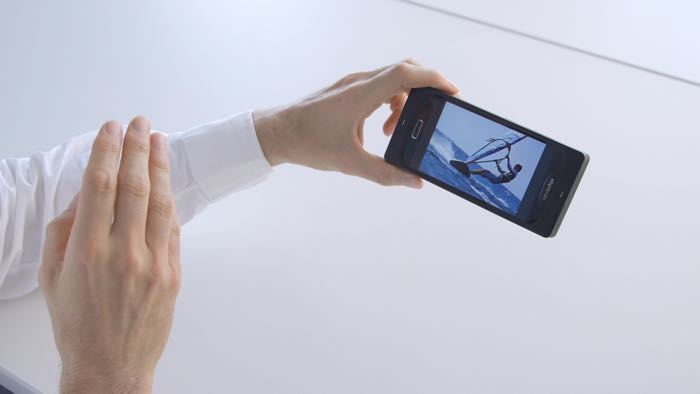 Elliptic Labs has announced their new BEAUTY Ultrasound Proximity software that has the potential to replace proximity sensors on future smartphones.

The hardware needed to run the proximity software is already installed in devices, the company will use the smartphones speaker which works with their ultrasound technology.

After revolutionizing the user interface market for mobile devices with its unique ultrasound technology, innovator Elliptic Labs has turned its attention toward reinventing the optical proximity sensor for smartphones.  Hardware-based optical sensors have been an indispensable part of every smartphone since their inception to turn off the screen and disable touch functionality when a user holds a device to their ear. By replacing these hardware components, with Elliptic Labs’ “BEAUTY” – the first software-based solution to replace the optical proximity sensor – the unsightly black holes on the front of smartphone will be removed.  The result is a more esthetically pleasing design.

The optical proximity sensor requires one rectangular black shape or two large holes on the screen, these sensors detect when users are in call mode so the touchscreen can be deactivated. Smartphone designers have long wanted to remove these unattractive holes on the faceplate of the phone, but without the proximity functionality, a user’s cheek could accidentally trigger functions on the screen.

Elliptic Labs has said that that are working with a number of OEMs on a cvost effective way to integrate their BEAUTY software into future smartphones, you can find out more details over at their website at the link below.