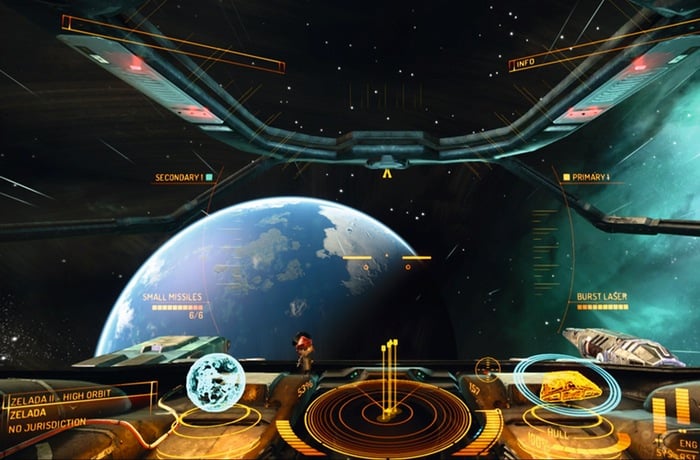 The developers of the awesome Elite Dangerous space simulation game that originally launched via the Kickstarter crowdfunding website has this week Tweeted a notification revealing that the game will receive support for SteamVR and the HTC Vive virtual reality headset.

The new HTC Vive support for Elite Dangerous will be rolled out before the end of the year in a free update during this years Holiday season say its developers, Frontier Developments.
Demonstrations of the new virtual reality HTC Vive support are also available to play at this week’s EGX 2015 virtual reality event. Where Sony will also be demonstrating and showcasing their new PlayStation VR formerly Project Morpheus virtual reality headset that is expected to launch early next year and support 10 PS4 games at launch.

The EGX 2015 virtual reality event will start later this week on Thursday 24th takes place in the Birmingham NEC area in the UK, if you haven’t already booked your tickets there are still some available if you’re quick. Head over to the official EGX 2015 website to find out more information.